Kenneth Marcus was born 24 April 1909, Windsor, Melbourne, Victoria. He is the son of Alfred Andrew and Betsy Beall.

During World War II in 1942, Kenneth Marcus served as a Private in Palestine with the Army Field Workshop (AFW) and Australian Imperial Force (AIF). Whilst there he composed the following lyric poem. 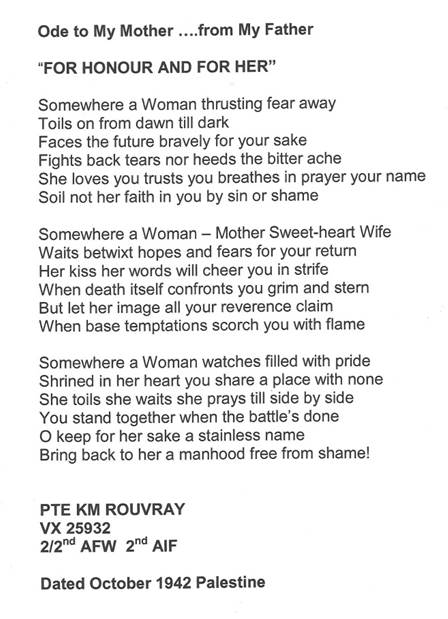